Fence lines can establish legal boundaries even when a survey reveals its in the wrong place. 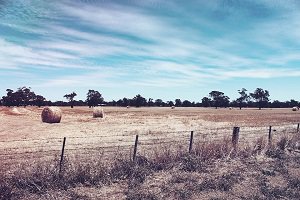 Boundary disputes are not uncommon. They often occur when someone purchases land and then learns that a fence or other boundary marker is not quite where it should be according to the survey. These disputes are often settled through a legal doctrine referred to as boundary by acquiescence. The Iowa Court of Appeals recently addressed this doctrine in Nafziger vs. Pender and Smith.

The Nafzigers purchased land, conducted a survey, and found that the boundary is actually about 30 feet north of where the current fence is that divides their land from that of the Smith’s. The Nafziger’s felt the survey should be followed and the fence removed and relocated north. The Smiths, however, asserted that because the fence had been on the property since 1992 and had been recognized by the owners of the different properties as the boundary line, it should stay where it has been.

[T]he mutual recognition by two adjoining landowners for ten years or more that a line, definitely marked by fence or in some manner, is the dividing line between them. Acquiescence exists when both parties acknowledge and treat the line as the boundary. When the acquiescence persists for ten years the line becomes the true boundary even though a survey may show otherwise and even though neither party intended to claim more than called for by his deed.

The following are the key elements to keep in mind in determining boundary by acquiescence in Iowa:

Its important to point out that recognition by both parties does not have to be express recognition. The silence of one party, or failure to dispute the boundary, may be enough to constitute recognition.

This doctrine is of particular importance for purchasers of land. Often a survey and a corresponding boundary dispute arise after a purchase. When buying new property, purchasers need to realize that they are subject to the actions or inaction of previous owners in recognizing where boundaries are located.

Thus, its a good idea for buyers to not only have an attorney conduct a title opinion to evaluate whether the seller has good title to transfer the property but to inspect the property and compare fence lines or other boundary markers with an areal photo or plat map. If there’s any question about the boundaries, it may be prudent to have it surveyed prior to the purchase. Its also, therefore, a good idea to have a provision in the purchase agreement or contract that provides the ability to conduct a survey and to back out of the contract if the boundaries are not where they’re supposed to be.