Skip to navigation
PROVIDING SUPERIOR REPRESENTATION PUT US ON YOUR SIDE 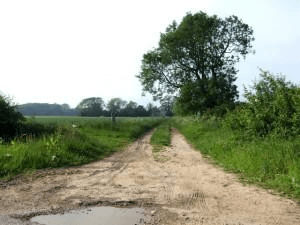 Easements allowing access for farm equipment are common in Missouri and Iowa. However, as farm equipment and machinery become larger, the dimensions of existing easements may no longer be adequate to provide access. This often creates disagreements between landowners and easement holders that wind up in court. The result from the court varies depending on how the easement was established, and, if written, on the language of the easement.

In a case recently heard by the Missouri Court of Appeals Eastern District, a party sought to expand an existing written easement for a 16 foot wide road by claiming additional property adjacent to an easement road had been acquired by prescription.

A prescriptive easement may be established if a party uses the property of another party continuously and adversely for more than 10 years. In this case, the Davis’ accessed their property by way of an easement road that ran across the property of the Rutherfords. At some point the Davis’ began cutting a corner where the road turns, causing their vehicles to go outside of the initial written easement.

In an attempt to stop this encroachment the Rutherfords began erecting obstacles at the turn. The response from the Davises was to simply remove the obstacles, including large rocks, telephone poles laid horizontally, and vertical poles anchored in the ground. The Rutherfords eventually put up a split-rail fence, which was there for “quite a while” but was also eventually removed by the Davises. The disagreement came to the courts when the Rutherfords filed a petition alleging trespass and the Davises then asserted they had acquired access across additional land through a prescriptive easement.

To succeed in their claim for a prescriptive easement, the Davises had to prove by clear and convincing evidence that their use of the property was continuous, uninterrupted, visible and adverse for a period of ten years or more. This particular case turned whether the Davises had used the disputed property for ten years prior to the Rutherford’s trespass petition and whether that use was continuous and uninterrupted.

The court ultimately found that the Davis’ testimony of use since 1999 was not credible and that the testimony of a neighbor stating that the property had been used since 1995 did not meet the clear and convincing standard of proof required to establish a prescriptive easement in Missouri. The court further found that the use was not uninterrupted due to the placement of the split-rail fence, which stopped the use for “quite a while.”

While the court in this case failed to find an easement by prescription in order to widen an easement used for ingress and egress of farm equipment, the decision largely rested on the credibility of the witnesses. The case certainly leaves open the argument that property outside of a written easement may be acquired through a prescriptive easement.