Right to Hunt Amendment Introduced in Iowa Once More 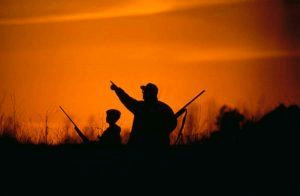 For the second year, a bill was introduced that would add an amendment to the Iowa Constitution declaring that Iowans have a right to hunt, fish, trap, and harvest wildlife. The amendment’s supporters cite the need for the amendment stemming from efforts of animal rights groups to limit hunting and trapping. The amendment could also provide protections for hunting rights that may be in competition development and increased use of public land by other recreational groups, such as hikers and off-road vehicle enthusiasts. Critics assert such amendments clutter constitutions and are unnecessary to protect individual rights.

Twenty-one other states have Right to Hunt and Fish amendments in their constitutions, including Iowa neighbors Minnesota, Nebraska, and Wisconsin. Missouri also introduced an amendment to guarantee the right to hunt and fish, but it failed to pass in 2016.

Below is the full version of the proposed Amendment.

Right to hunt, fish, trap, and harvest wildlife. SEC. 24A.