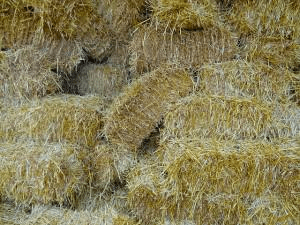 More than two years ago Sallee v. Stewart made headlines when the Iowa Supreme Court ruled the state’s “recreational use statute” did not apply to a chaperone who was injured while supervising children playing in a barn. Recreational use statutes provide protection against negligence claims for landowners who open their land to the public. The case received a great deal of attention from farmers, insurance providers, educators, and the Iowa legislature. Within a few months of the Supreme Court opinion, legislators attempted to broaden Iowa’s recreational use statute and specifically included protection for landowners hosting educational activities. More detailed information is available on the Sallee opinion and the resulting legislation.

After deciding the protections of the recreational use statute did not apply in Sallee, the Iowa Supreme Court remanded the case back to the district court for trial. The facts of the case are fairly straight forward. Sallee was a chaperone for a group of kindergarten students invited to tour a dairy farm. At the close of the tour the children were allowed to enter a barn to play in the hayloft. While supervising the children, Sallee stood on a bale covering a hay chute. The bale gave way and Sallee fell through the chute and broke her leg.

On remand a jury found the farm owners were not at fault in the chaperone’s fall. Sallee appealed the verdict, and the Iowa Court of Appeals affirmed the district court ruling. While Sallee raised several issues on appeal, including claims regarding improper statements and instructions to the jury, perhaps the most significant finding from the case is that, even without application of the recreational use statute, the jury found the landowners were not negligent.

The Issue of Landowner Negligence

The finding of a lack of negligence on the part of the landowners is important for a couple of reasons. First, it demonstrates that landowners do in fact have to violate a duty of care before someone can successfully bring a negligence lawsuit against them. After the Supreme Court opinion found the recreational use statute did not apply, there was a great deal of concern that landowners would be responsible for any accidents that occurred on their property. This is not the case, and its important for landowners and their advisers to understand that there must be some negligent act or omission before they can be found responsible for accidents on their property.

Second, it confirms that landowners are largely in control over their exposure to premises liability. Once the facts were submitted to a jury for evaluation, the jury members found the Stewarts had taken reasonable steps to ensure the premises were safe and had not been negligent in their actions. The evidence produced by the Stewarts to support their defense included testimony that Mr. Stewart had inspected the barn for any unsafe conditions, covered the schutes with hay bales, stood on the bales to ensure they could support the weight of an adult, and warned the attendees to stay aware from areas of the barn he determined could be unsafe. Through inspections, making conditions safe to the extent reasonably possible, and warning of potential dangers, landowners do have control over their exposure to successful lawsuits.

Its important to point out that this case does not represent the proposition that one cannot be sued for accidents on one’s property, even if not at fault. Anyone can bring a lawsuit, even if it is not ultimately successful. Therefore, it is important to speak with your insurance agent to ensure activities on your property are covered and that your insurance will pay for the costs of a lawsuit. In order to further limit exposure to lawsuits you may consult with an attorney prior to having visitors on your land or farm.

It should also be noted that the jury’s finding in this case does not mean that there is no value to the recreational use statute. The protections provided by the statute are still significant as they do limit the liability for negligent acts, which occur while members of the public are in fact enjoying activities covered by the recreational use statute. The statute is also beneficial as it allows a case, which in fact involves statutorily protected activity, to be dismissed by a judge before going to trial. This saves substantial time, attorney fees, and court costs. The scope of the protections provided by the revised statute, however, are largely undetermined as the revisions have not yet been interpreted by the courts. Again, more detail on the potential affects of the legislative revisions is available.

In the appeal, Sallee also contended that the jury improperly received instructions regarding comparative fault, which allows a jury to allocate fault to each party. Sallee claimed there was no evidence presented that indicated her injuries were caused by any fault of her own. The court differed, however, finding that evidence was presented that she disobeyed the instructions provided by Mr. Stewart to stay in the middle of the barn. The court also noted that even if the instruction was inappropriate, it was harmless as the jury specifically found no fault in the Stewarts.

Sallee also appealed on grounds that the jury was not properly instructed regarding negligent misrepresentation. Sallee claimed that the Stewarts represented that the farm was safe and that they guaranteed the safety of the hayloft by assuring her that the ladder leading to the hayloft would support her. The appellate court declined to accept this theory of implied representations and found that the Stewarts had not provided any false information that could render them subject to negligent misrepresentation. The district court, therefore, properly omitted these instructions to the jury.

Finally, the court addressed Sallee’s claim that the defense attorney inappropriately provided information to the jury in her opening statements about insurance payments received by Sallee for the accident. Sallee’s attorney contended on appeal that this could have swayed the jury’s decision, and a new trial should be held. The appellate court found that Sallee’s attorney did not object to this information in a timely manner and, therefore, could not raise the issue on appeal.

Sallee also argued that an instruction regarding the determination of damages, which mentioned medical plan payments, also biased the jury. The court found that because the jury never reached the issue of damages, this instruction did not prejudice Sallee.

Sallee v. Stewart could again be appealed to the Iowa Supreme Court, though it is uncertain whether it would again be heard by the justices. The case created a significant amount of concern for landowners and resulted in the expansion of Iowa’s recreational use statute. It will remain, however, for another case to be brought before the court to determine how broadly the revised statute will be interpreted.