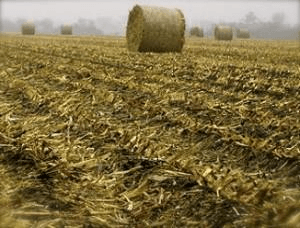 Farm leases are a special creature with several unique requirements that don’t apply to other leases. This is particularly true in Iowa. A farm lease is a contract, but it is also a conveyance of a real property interest that transfer rights of possession and use. The extent of these rights, however, depends on the terms of the lease contract and on state law. In 2010, the Iowa legislature adopted Iowa Code Section 562.5A, a statute betowing ownership of any above-ground portion of a plant to farm tenants, unless the parties agreed to a different arrangement in writing. This includes corn-stalks, stover, or any other residue from the plant. The details of the Iowa crop residue law are examined in an earlier post.

Application of this unique residue law was, in large part, the focus of a recent Iowa Appeals Court decision. In January 2011, Mr. and Mrs. Slachs purchased a farm near Iowa City, which at the time was being leased and farmed by Mr. Heick. As Iowa law requires notice of farm termination by September 1 with the actual termination date of March 1 of the following year, the Slachs were unable to terminate Heick’s lease for the 2011 crop year, and the previously entered lease continued on the same terms and conditions.

Significantly, the written lease form used by Hieck and the previous landowner was a modified version of the Iowa State Bar Farm Lease. The parties took out many of the provisions found in the lease form, including the term requiring the tenant to receive permission from the landowner before burning, destroying, or removing any crop residue from the land.

The Slachs did provide notice of termination for the 2012 year, which set the lease termination date as March 1, 2012. However, in the fall of 2011 – after harvest – the Slachs entered the property and used a chisel plow to prepare for the next year’s planting. This chopped and partially buried the corn stalks and other residue remaining on the property. Heick, planning to use the residue, notified the Slachs that he was deducting the value of the residue, claimed at $7,117.50, from his rent for the year. The Slachs brought a law suit for the unpaid rent and Heick filed a counterclaim for breach of the lease, trespass, conversion and unjust enrichment.

The district court sided with the Slachs, finding there was no breach of the lease contract, no trespass, and that Heick failed to prove his damages. The district court found that even though the lease document signed by Heick and the previous landlord was silent in regard to ownership of crop residue, the full version of the lease form that was modified and used does provide language retaining residue ownership in the landowner, and, therefore, this must have been the intent of the parties. In making its decision, the district court also noted that the new residue law was adopted after the original lease contract was signed and does not apply retroactively. Finally, the district court also found that it was common farm custom for landlords to enter leased premises in the fall to prepare for the following years crop, and, therefore, the Slachs had a right to enter the farm for fall tillage.

The court of appeals first addressed the issue of interpreting whether the lease retained ownership of crop residue in the landowners. The appellate court found the district court’s finding unacceptable that while the lease contract was silent as to residue ownership, it must have been the intent of the parties to include such a provision because it is found in the full version of the lease form used.

Iowa courts traditionally have refused to “supply terms that the parties for whatever reason chose not to include.” In this case, [the previous landlord] and Heick did not use the full [Iowa Bar] lease form, which included a paragraph preventing the tenant from removing corn stalks and recognizing such materials as the landlord’s property. The district court erred in assuming the parties reached an agreement on those terms when they were absent from the written agreement.

The court also explained that where there is ambiguity in the terms of a contract, the court may look to evidence outside of the contract to determine the intent of the parties. However, the issue here was not ambiguity but silence on the relevant issue.

Next, the appeals court addressed the application of Iowa Code Section 562.5A, the statute giving landowners the right to crop residue unless otherwise stated in writing. The appellate court recognized that the original lease, executed between Heick and the landowner, did precede the adoption of Iowa’s crop residue law. It also recognized that “[s]tatutes making substantive changes in the law generally apply prospectively ….” and “impact only facts or actions that arise after their effective date.” This means a contract, including a lease, will usually be governed by the law in place at the time it was made.

In this case, the appellate court found that while the original lease was drafted and executed prior to the new law, it was renewed after the law went into effect. Therefore, the parties had the opportunity to alter the contract after passage of the residue law, they failed to do so, and the new law now applied to the lease. The court recognized that this was a close issue to decide. It pointed out, however, that failing to apply the new law to farm leases that often automatically renew for several years without a new written lease would defeat the purpose of the law.

The appellate court also differed with the district court regarding Heick’s trespass claim. The opinion states, “The Slachs entry onto the land to plow the stalks interfered with Heich’s statutory right and was a trespass.” It also cited a similar case, which had held that a landlord becomes a trespasser upon entering the leased premises without the consent of the tenant and appropriates possession before the lease’s expiration.

This provides clear guidance that landlords my not interfere with a tenant’s possession of the premises, but does not go so far as to state that a landlord doesn’t have the right to enter the property if there is no interference, such as for inspecting the property.

The appellate court found that Heick suffered monetary damages, albeit perhaps difficult to assess. Therefore, in relation to damages the case was remanded back to the district court for determination.