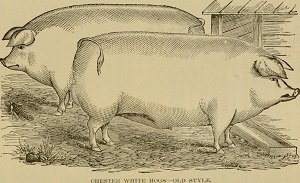 In 2011, Missouri adopted a “right to farm” law (Missouri Revised Statute 537.296), which precludes recovery of non-economic damages caused by a nuisance that emanates from property used primarily for agriculture. This law effectively means that neighboring landowners are limited to recover the reduction in the fair market value for their property and any expenses for medical conditions resulting from the nuisance. Neighbors may not recover for non-economic damages, such as loss of use and enjoyment, inconvenience, or discomfort caused by a nuisance. Nuisances commonly associated with agricultural uses stem from confined animal feeding operations, or CAFO’s.

It should be noted that this case is not based on the Constitutional Amendment adopted by Missouri voters in 2014, which guarantees “the right of farmers and ranchers to engage in farming and ranching practices.” The effect, if any, of this amendment remains to be seen.

Shortly after the 2011 statute went into effect, Bohr Farms began operating a 4,000 hog CAFO, and neighboring landowners brought suit, challenging the new right to farm law. The plaintiff neighbors asserted the law violates several provisions of the U.S. and Missouri Constitutions, including restrictions on eminent domain for taking property rights for a private purpose or without just compensation. On April 14, 2015, the Missouri Supreme Court held in favor of the defendant CAFO and that the law does not violate the U.S. or Missouri Constitutions.

Missouri Right-to-Farm Law is Not a Private Taking

The Plaintiff’s argued that the statute was a taking of private property for a private purpose, a violation of Article I, Section 28 of the Missouri Constitution. As set forth by the Court, the plaintiff’s charge was that the law “effectively provides the right of eminent domain to private companies,’ in that the activity causing the alleged taking is a private farming operation rather than a public use or benefit.”

The Court went on to state that this challenge fails because the statute does not authorize a private party to create a nuisance, and still provides for recovery of economic damages if a nuisance is found. The opinion of the Court also states that the distinction between a public and private taking is not dependent on whether the property is actually used or occupied by the public but rather whether there is some benefit to the public.

Finding that a public taking only requires some benefit to “any considerable number” of the public, the Court then cited a previous case holding that the promotion of agriculture is a legitimate public purpose.

The Law is Not a Taking Without Just Compensation

Its important to note that the plaintiffs did allege that the law effectively amounts to an easement allowing the CAFO to permanently interfere with the neighbor’s use and enjoyment of their properties. The Court did recognize that state constitutional protections against takings apply to not just possession of property but also to the enjoyment of property. However, in this case the Court found that the issue of a permanent taking was not ripe for a decision, and the plaintiff’s only current claim before the Court was in relation to a temporary taking. This may leave the door open for future challenges relating to permanent nuisances.

No Denial of Equal Protection or Due Process

The neighbors also claimed the right-to-farm statute denied them equal protection under the law and the right to due process. Claims under these Constitutional rights are subject to different standards of review based on the classification of the plaintiff’s bringing the action and whether the rights allegedly violated rise to the level of fundamental rights.

The Court found that the classification in section 537.296 is one based on residency and that rural landowners and residents are not a “suspect class,” or one historically marginalized and in need of extraordinary protection from laws enacted by the government. It also found that land use regulations do not infringe on a fundamental right. Because the classification of plaintiffs was not “suspect” and the rights relating to the use of land not “fundamental,” there is a presumption that the law is constitutional and the plaintiff’s had to show the law was arbitrary and irrational.

The Court again affirmed that the promotion of the agricultural economy is a legitimate state interest, and, therefore, laws reducing the risks of litigation for Missouri farmers, while still permitting recovery for the loss in the fair market value of property, are not arbitrary or irrational.

The statute also limits those who are able to bring a claim for a nuisance arising from farming operations. The law provides in relation to agricultural nuisances that “no person shall have standing to bring an action for private nuisance unless the person has an ownership interest in the property alleged to be affected by the nuisance.”

The plaintiff’s claimed that by defining who has standing the Missouri state legislature violated the separation of powers requirement and infringed on the powers exclusive to the judiciary. The Court quickly dismissed this claim by stating that the plaintiff’s here were neighboring landowners and were, therefore, not damaged by this provision of the statute and lacked the standing to make this claim.

No Violations of the Open Courts Clause

The Missouri Constitution guarantees “the right to pursue in the courts the causes of action the substantive law recognizes.” The Court held that the plaintiff neighbors did not argue that the law restricts access to the courts for a recognized cause of action, and the statute, therefore, is not a violation of the Open Courts Clause.

Challenge as a “Special Law”

Missouri’s Constitution also restrict the ability of the legislature to enact laws that apply only to certain localities rather than the whole state and benefit individuals rather than the general public. The CAFO’s neighbors claimed statute 537.296 violates this restriction because it “benefits only the corporate farming industry.”

Finally, the Court held that claims brought by the plaintiffs alleging that Cargill was negligent and conspired with the CAFO to create offensive odors and particulates that interfered with the neighboring landowner’s use and enjoyment was without merit. It quickly disposed of this claim in holding that because the nuisance allegations failed, so to did any claims of negligence, conspiracy, and vicarious liability, which were not independent of the nuisance claim.

One Justice wrote a concurring opinion in which he agreed with the result of the rest of the Court’s opinion, but he made clear that he did not agree there was any taking. Justice Fischer, in his concurrence, points out that the Missouri statute does not take the neighbor’s rights in the use and enjoyment of their property but rather limits the remedy for certain nuisances. He also points out that the plaintiff’s and other landowners are still capable of seeking injunctions from nuisances caused by CAFO’s or other farm operations.

Its important to note that laws regarding property, including nuisance laws and right-to-farm laws are state specific. Many states have some type of right-to-farm laws, but they deal with a variety of land use issues, ranging from protection from nuisance claims, such as the Missouri law, to limits on municipal planning and zoning regulations.

Its also important to note that state courts have interpreted these law differently. For instance, Iowa has law similar to that of Missouri’s, but the Iowa Supreme Court held that the law essentially granted farmers creating a nuisance an easement over there affected neighbors property and this amounted to a taking without just compensation. The law was therefore held to be unconstitutional.

These laws and court interpretations of them can be complex and vary greatly from one jurisdiction to the next. Legal advice from a licensed attorney should be sought when dealing with such issues.